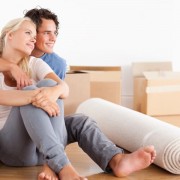 Undoing a Divorce – Is It Possible?

Harmon and McCarron spent many months (and money) attempting to convince two separate courts in New Hampshire that they should reversal the Divorce Decree. In December of 2015, the Supreme Court of New Hampshire upheld a lower court’s decision that the court has the power to grant a divorce, not undo it, according to an article in Scallywag & Vagabond.

Which States Allow for a Divorce Reversal?

While New Hampshire’s Supreme Court has issued its ruling on the issue, concluding that its courts do not have the power to undo a divorce (however, a couple can remarry if they so choose), other states are not so stringent in their laws. (As a side note, New Hampshire does allow for a divorce to be vacated in instances of fraud, mistake, accident, or misfortune).

An article in NBC News discussing the above couple’s predicament lists the states of Illinois, Nebraska, Mississippi, Arkansas, Maryland, and Kentucky as places where divorces can be cancelled in the event that the request to do so is filed within a certain amount of time, or meet certain criteria. However, it goes without saying that the easiest solution to the problem is simply to think long and hard about whether or not you really want to get divorced in the first place. If you are unsure, living separately for as long as it takes to make that decision is highly recommended.

I Have Questions About Divorce – What Should I Do?

If you are a married individual who is contemplating a divorce, or if you and your spouse were recently divorced and now are questioning your decision to finalize your dissolution of marriage, you will benefit by speaking with a legal professional experienced in divorce and family law matters. At The Law Offices of Michael F. Mimno, our Andover divorce attorney has over 30 years of experience helping couples in Massachusetts and New Hampshire understand divorce laws and the process of dissolving a marriage, how to resolve complicated issues in a divorce, and what to do when you disagree with a court’s decision regarding important divorce matters. To learn more, schedule a consultation with the Law Offices of Michael F. Mimno today by calling us at 978-470-4567, or requesting a free consultation by using our online form.

Common Questions About Divorce in Massachusetts