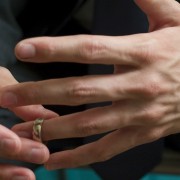 There are many aspects of a divorce that people do not understand or have assumptions about that are incorrect. For some, knowing the truth or the law regarding certain assumptions could be a determining factor that can change their lives. The following are 7 divorce myths that are commonly held by persons unfamiliar with the divorce process:

Myths and ill-founded expectations abound in divorce matters, not least of which is “why can’t I get what my friend got in her divorce?” No two divorce cases are alike so expecting the same result as a friend obtained with different sets of facts and circumstances is not realistic. What anyone experiencing or contemplating divorce needs is a divorce lawyer who can explain the law to you and what you can reasonably expect based on your circumstances and the law. This is the benefit of having Massachusetts divorce lawyer Michael F. Mimno, a highly knowledgeable and experienced attorney, in your corner. Receive your free consultation and call Attorney Mimno in either  his New Hampshire office at (603) 479-1152 or his Massachusetts office at (978) 470-4567.

7 Facts About New Hampshire Divorce that Could Change Your Life

Collaborative Divorce and You