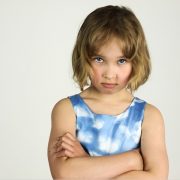 In a surprising, and perhaps unsettling, turn of events for a young couple in Newmarket, New Hampshire, the decision to marry proved to be premature. To be sure, an article published in the New Hampshire Union Leader reveals that the bride, who was just 13-years-old at the time of her union with her 17-year-old boyfriend, filed for divorce just four months after saying “I do.”

The fact that the couple was able to secure the right to marry in the first place is unusual based on their young age. According to the news story cited above, the couple petitioned the court to marry based on their religious beliefs, explaining to the court that they were six-months pregnant, and that their religious convictions compelled them to marry. They also explained to the court that despite their age, they were committed to bringing the baby into a loving home with two married parents.

When issuing the decision that allowed the couple to marry, the judge presiding over the case cited a law that dates back to 1907 which reads that girls and boys as young as 13 and 14 can marry with permission from a parent or legal guardian and approval from the family court.

The young girl in the case filed for divorce just a few months after being married, and her divorce petition cited troubling reasons for the separation: domestic abuse and infidelity. Interestingly, she amended her divorce petition approximately four months later, citing “irreconcilable differences” rather than the fault grounds listed above. The divorce was granted that same month.

The details of the young couple’s divorce were not addressed in the article, but as they did indeed have a baby, a boy who was born that August, it is likely that both child support and child custody matters were part of their divorce settlement.

Family law matters like this one are quite challenging, especially when statute trumps what may seem logical or even ethical. In this case, the family law judge who permitted the marriage to take place told reporters that even though the law is more than 100 years old, a statute like this creates a “presumption that its OK.”

In addition to the legal issues surrounding marriage, divorce, child custody, and more – especially when parties involved are in unique circumstances, such as being of such a young age – the emotional and moral issues can be extremely taxing.

If you are unhappy in your marriage, are a victim of domestic violence or adultery, or if you simply believe that you and your spouse have irreconcilable differences that cannot be ameliorated, our experienced divorce and family lawyer at The Law Offices of Attorney Michael F. Mimno, Family Law Specialist, can help. Over his more than 30 years of working in divorce and family law, Attorney Michael F. Mimno has competently handled even the most complex of cases. For your initial consultation, please write our law office a private message using the form on our website, or contact us directly at (978) 470-4567.

Want to join the discussion?
Feel free to contribute!