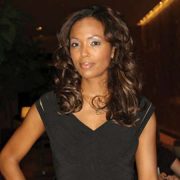 The well-known American talk show host, actress, and author Aisha Tyler has recently decided to split from her husband of 25 years, Jeff Tietjens. As part of the divorce settlement, Tyler has been ordered to pay Tietjens a spousal maintenance award of a whopping $2 million. The $2 million award will be paid to Tietjens in one lump sum payment of $500,000, as well as monthly payments of $31,250 for a four-year time period.

The couple, as stated above, has been married for two and a half decades, with their relationship beginning at Dartmouth in Hanover, New Hampshire. The couple filed for their divorce in 2016 (the settlement was just recently finalized in May 2017), citing “irreconcilable differences.” While Tietjens did not originally ask for spousal support, according to a write up of the settlement published in the Daily Mail, he decided to petition for support at a later date. In addition to the alimony award, the settlement also included an order that the couple is to split their property, with each party receiving 50 percent of proceeds from the sale of their home. They will each keep one vehicle as well.

How Spousal Support Is Determined

Each state has its own laws for determining how much, and in which cases, spousal support can be sought and awarded. This means that the laws for spousal support, also called maintenance or alimony, are different in the states of New Hampshire and Massachusetts. Typically, however, courts rely on a variety of factors to determine how much a spouse should be awarded when he or she is unable to provide for their basic costs of living or maintain a lifestyle similar to that which they have become accustomed. These factors may include, but are not limited to, the length of the marriage, the income and assets of each party, the standard of living established during the course of the marriage, the ability of the maintenance-seeking spouse to earn an income, and more. While $2 million may seem like a huge spousal support award – and it certainly is relative to the average person – based on the income and earnings of Tyler, it may be very moderate.

Helping You Secure a Divorce Judgement in Your Favor

If you are seeking a divorce in New Hampshire or Massachusetts, the experienced divorce attorney at The Law Offices of Attorney Michael F. Mimno, Family Law Specialist, is here to help you. Michael F. Mimno has been practicing family and divorce law for nearly three decades, and has a thorough and comprehensive understanding of family law in both Massachusetts and New Hampshire. When you are seeking spousal maintenance or other divorce judgements, our attorney can help you.

To schedule your initial consultation with Michael F. Mimno today, call 978-471-4060. You can also send our law office a message online using our contact form.

How Social Media Activity Could Impact Your Divorce Settlement