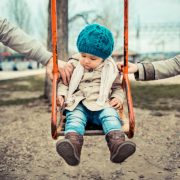 If you have questions regarding child custody matters and reside in either Massachusetts or New Hampshire, you will need an experienced custody lawyer to give you the advice applicable to your circumstances. Contact divorce lawyer Michael F. Mimno at (978) 470-4567 for a consultation.

General Factors Used in Determining the Best Interests of the Child

Regardless if a judge’s experience and interpretation of the standard, as well as past rulings, is the guide or if a court looks to a statute for specific factors to consider, most courts are fairly uniform in what factors determine what is in the best interests of the child in making custody decisions:.

At the initiation of a Massachusetts divorce case where children are involved, a court will ordinarily order joint legal custody of the children unless there are compelling circumstances like an abusive or alcoholic parent that dictate against it. This means that both parents share in making material decisions about the child’s education, medical, religious, moral and safety concerns.

Regarding physical custody, there is no presumption in awarding joint custody. However, the court will want to maintain the status quo such as leaving the children in the marital home and the school they are attending school as well as remaining involved in the same community.. If you have moved out of the house, are sharing a home and/or live out of the school district, it is unlikely you will receive primary physical custody.

In a divorce case, there must be a proposed parenting plan, either submitted jointly by the parents if they are in agreement on a permanent plan, or by separate and competing plans. A court is free to accept one plan over another, use provisions from either, or simply use its own.

Parenting plans do have to address:

If there is evidence of abuse or violence, a court can order supervised visitation or order a parent to receive drug and alcohol counseling or anger management therapy as a condition of beginning or continuing visitation rights. Any order issued will have been in the best interests of the child.

Like any other court, a New Hampshire family court judge will consider any factors relevant to custody but will also examine factors that are statutorily addressed. These primarily concern health, safety, emotional and developmental needs.

For example, if a child has significant relationships with siblings, teachers, religious figures, coaches or other child providers in the community, then the court will strive to maintain them and to keep the child in that environment. If a parent is convicted of sexual assault, or a court deems that sexual misconduct by a parent on the child has occurred, then it may either order supervised visitation or prohibit that parent from any contact with the child.

New Hampshire law also allows judges to award custody to the grandparents if certain factors show that custody with them is in the child’s best interests. This may occur if the grandparents have been the primary caregivers or are better able or suited to provide stability and continuity to the child as well as his or her happiness. The parents in such cases may have mental health or drug issues, have trouble maintaining employment, or have spent little quality time with the children.

Under state law, the parents are encouraged if not obligated to remain in frequent and close contact with their children unless such contact by one parent is deemed harmful or potentially so. Like Massachusetts, New Hampshire favors joint legal custody, known as shared decision making authority, unless one parent can be shown to be unreasonable and uncooperative in working together.

A judge could award joint legal and physical custody where both parents share in making the material decisions regarding the child’s welfare and the child spends an equal or nearly equal time with each parent. Another option is awarding joint legal custody but giving primary physical custody to one parent who is to maintain the primary home while the other is granted reasonable visitation or parenting time.

Also, the court encourages the parties to formulate a joint parenting plan addressing the same issues as other state courts, including Massachusetts, does. If they are unable to agree, the court can order them to mediation to work out a settlement or the court may draft its own plan.

With over 30 years working with divorce clients in Massachusetts and New Hampshire, custody lawyer Michael F. Mimno has developed the insights and perspectives needed to successfully handle custody and other issues involving your children. Contact Attorney Mimno at (978) 470-4567 to discuss your custody, visitation or other divorce issues.

What You Need to Know About Modifying Alimony in New Hampshire

North Shore Divorce and You
Scroll to top