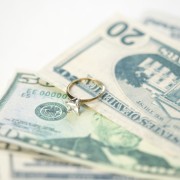 The case was Pfannenstiehl v. Pfannenstiehl, that of a Massachusetts couple who filed for divorce. The probate and family court judge who oversaw the case issued a judgment awarding the wife in the case 60 percent of the husband’s interest in the value of a discretionary trust with a spendthrift clause. The husband appealed the decision, stating that the court should have never considered the trust as marital property to begin with, and therefore that his interest in the trust should not have been subject to division. The Supreme Judicial Court upheld the husband’s interests, stating that the trust was not assignable to the marital estate.

Why the Trust Escaped Designation as Marital Property

An article in Lexology explains the complex decision made by the court and the nature of the trust in question. According to the article, the trust had a spendthrift clause, a fact that significantly impacted the court’s decisions. Per the spendthrift clause, the trust beneficiary (in this case, the husband) is prevented from “assigning his or her interest for the benefit of creditors.” For example, the husband could not pledge interest in the trust in exchange for a loan, or use it to pay debts.

Further, the trust in question – which was established by the husband’s father in 2004 – also named multiple beneficiaries, a total of 11, as well as more if the husband were to have children or grandchildren. The court concluded then that the husband had “no enforceable beneficial interest in the trust…he had a mere expectancy to receive distributions from the trustees.”

Is My Interest in a Trust Subject to Division in a Massachusetts Divorce?

The court’s decision does not mean that all trust interests will be barred from classification as “marital property” in the future; the Pfannenstiehl v. Pfannenstiehl case was unique in the number of beneficiaries, the spendthrift provision, and the lack of mandatory distributions. However, if you have an interest in a trust that meets these criteria, you may have a case for having it excluded from division during divorce.

Understanding the division of assets, especially more complex assets such as trusts, can be challenging. If you are pursuing a divorce, contact the experienced Andover divorce lawyer of the Law Offices of Michael F. Mimno, Family Law Specialists. Contact Michael F. Mimno for your initial consultation today by calling 978-470-4567 or filling out our online form.

Should Premarital Cohabitation Be Factored in During a Divorce Settlement?

How Are Retirement Accounts Split in a NH Divorce?
Scroll to top