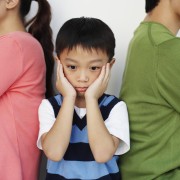 However, when it comes to getting divorced, courts routinely only consider marital property as that property which is acquired by a couple during the course of the marriage, not during the course of the relationship. This may change, however, as the New Hampshire Supreme Court has recently ruled that divorce courts should consider “premarital cohabitation” in their determination about division of the couple’s estate.

Attorney Paul Kfoury of Manchester, who was quoted by the Concord Monitor, called the Supreme Court’s decision “landmark,” saying that this is the first time the New Hampshire Supreme Court has addressed the issue of cohabitation, especially as it pertains to same sex couples.

The Supreme Court’s ruling was in regards to the divorce case of D. Munson and C. Beal, who filed for divorce in 2012. The couple married in 2011, but entered into a civil union in 2008, and had begun living together as early as 1993.

When filing for divorce, Beal challenged the description of a “short-term marriage,” stating that she and Munson had maintained a 21-year relationship (which mirrored that of any married couple’s). The Derry Family Court, in which the divorce was filed, ruled that the start of their marriage would be considered from the 2008 date of the establishment of their civil union, and thereby awarded Munson nearly 90 percent of the value of their estate. Beal appealed that determination.

Justice Gary Hicks, who wrote the court’s decision on the case, addressed the fact that New Hampshire law allows courts to consider all relevant factors when making a divorce determination, and that there is no reason why premarital cohabitation would not be considered relevant.

Seeking Divorce in New Hampshire – Will This Ruling Affect You?

If you are seeking a New Hampshire divorce, you may be wondering whether or not the Supreme Court’s decision will have an effect on the distribution of assets in your divorce case. While some attorneys are speculating that the decision will have little impact on day-to-day decisions in family courts across the state, the decision certainly has set a unique precedent. If you believe that the family court should consider the length of your relationship with your spouse during the divorce proceedings, and not simply the length of your marriage, you may very well have a solid case.

At The Law Offices of Michael F. Mimno, Family Law Specialist, our talented New Hampshire divorce lawyer will help you to understand your rights and options during a divorce, and will advocate for you. Contact Michael F. Mimno today to schedule your initial consultation at 603-479-1152.

Is Interest in a Discretionary Trust Considered Marital Property in a Divor...
Scroll to top